What are the different types of Cataracts?

What are the different types of Cataracts? 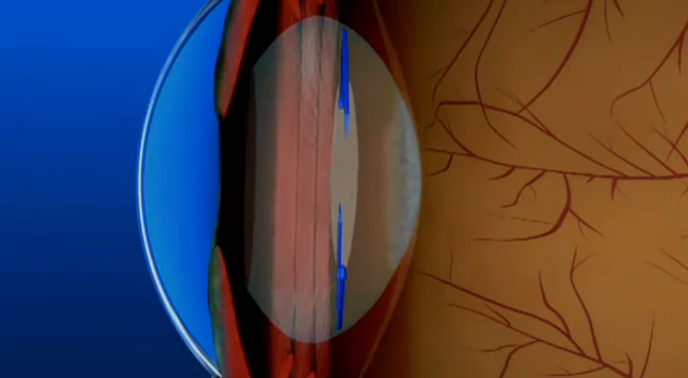 Cataracts are abnormalities in the lens of the eye that cause a loss of transparency (opacity). They can occur either in one or in both eyes, and are quite common in the elderly. Congenital cataracts affect infants or young children and are considered to be a rare birth defect. Cataracts tend to cause cloudy vision, and, in many cases, may result in blindness when left untreated.

Anterior polar cataract (including anterior pyramidal caratact) is a hereditary disorder occurring in children, and characterized by lesions with small white milky plaques in the front of the lens. Complete loss of vision rarely occurs, but cloudy vision and nearsightedness (myopia) are common.

Atopic cataract is characterized by variable loss of vision. It is an allergic disorder associated with chronic eczema and asthma. Opacity of the eye’s lens occurs, causing decreased sharpness of vision.

Complicated cataract is characterized by gradual blindness and severe nearsightedness (myopia). This disorder may be caused by a lesion inside the eye, by disease of the vascular middle coat of the eye (uvea), or other degeneration of the lens. A rosette-shaped opacity may be seen in the central part of the lens.

Congenital cataract is a vision disorder present at birth. It is characterized by a loss of transparency (opacity) of the lenses, usually in both eyes. The white opacity may be generalized or there may be a few spots that may vary in form and location. The spots may occur either at the center or at opposite ends of the eye’s lens. Impaired vision usually corresponds to these spots.

Coronary cataract is a common visual disorder occurring in adults, that usually does not impair vision. Zones of small opacities may occur, varying in color from gray to brown, yellow, red or blue. The opacities are arranged radially in the outer layers of the lens, leaving the center of the eye clear.

Diabetic cataract is characterized by varying degrees of vision impairment, occurring mainly in young persons with poorly controlled diabetes. A cloud of opacities in the eye’s lens resembles a snowflake. The lens rapidly acquires a uniform milky white color. The first stage of the disorder is reversible with treatment.

Electric cataract is caused in a person struck by lightning or an electric shock from high voltage electric current. It is characterized by variable impairment of vision. Dotted opacities in the both lens start at the edges and progress toward the center.

Heat ray cataract is caused by prolonged exposure of the eyes to high temperatures and absorption of heat by the pigment of the iris. The disorder is characterized by varied loss of sharp vision, caused by opacity of the disk in the rear center region of the lens. This area is surrounded by gradually developing, smaller opacities.

Irradiation cataract is caused by prolonged exposure to radioactivity or X-rays. It is characterized by varying loss of sharp vision which is related to the degree and location of the opacity.

Punctate cataract (cerulean cataract; blue dot cataract) is a hereditary opacity of the eye’s lens that is often associated with coronary cataract. light or bright blue dot shaped opacities are irregularly scattered throughout the lens. Vision is usually normal. This type of cataract may develop into senile cataract.

Secondary cataract (after-cataract) may follow the extraction of a cataract from the sac around the lens (capsule), when this capsule is torn or cut during surgery and lens fibers remain entrapped. Secondary cataracts cause blurred vision.

Toxic cataract is an opacity of the eye’s lens caused by toxic substances. Loss of clear vision varies with the degree and the location of the opacity. These types of cataracts usually occur in both eyes. Fine opacities may be mixed with iridescent crystals causing swelling, which may produce a dull gray opacity of the eye.

Traumatic cataract is an opacity of the lens caused by a perforating wound of the capsule around the eye’s lens. A contusion or a foreign body lodged in this capsule may also cause this type of cataract. Vision impairment varies with the severity and location of the damage. In children, the opacity may gradually dissolve without treatment. In adults, secondary glaucoma or detachment of the retina may follow appearance of the cataract.

Zonular cataract (lamellar cataract; perinuclear cataract) is the most common cataract in children. It may be inherited through dominant genes, or caused by malnutrition during pregnancy or early infancy. This type of cataract occurs in both eyes, shortly before or after birth. The opacity is sharply delineated, and usually consists of two opaque rings. Partial blindness may possibly occur.